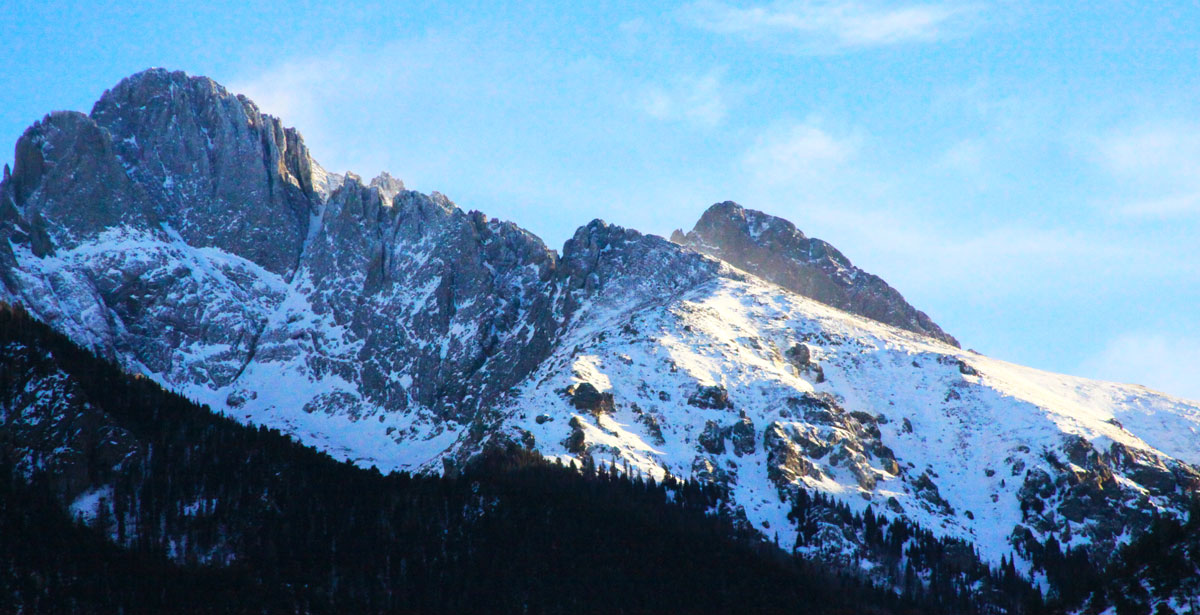 I live in Crestone/Baca, Colorado, a beautiful mountain community in southern Colorado that is home to about 1500 people and over 30 international spiritual centers. Could this small community possibly be connected to the human-caused global warming fraud? Yes.

The “inter-faith”/New Age identity of our community was conferred upon us by none other than Canadian billionaire industrialist and U.N. potentate, Maurice Strong, Secretary General of the Rio Earth Summit. Strong, recall was Secretary General of the 1992 Rio Earth Summit (as well as the 1972 and 2012 related conferences), and was/is the main author of U.N. Agenda 21 and the Earth Charter. In addition, having himself dropped out of high school, Strong wrote the “terms of reference” by which the U.N. defines climate change. After losing his bid in the 1980’s to export freshwater underlying our San Luis Valley to the Denver metropolitan area, Strong and his Danish wife, Hanne, established the “Manitou Foundation,” an international, interfaith, non-profit organization that has established our community as one of the world’s premier New Age spiritual centers. (See Part I of my extended series: “Is Crestone/Baca the “Vatican City of the New World Order?:” An Expose of the New World Religion: Crestone/Baca, Strong, New World Religion? below and in my www.911nwo.com website for more details.)

In writing this extended series on the New World Religion between 2011 and the present (2016), I came to realize that the very identity of our Crestone/Baca community is derived from the strategy that Strong and his U.N. and business partners employed at the Rio Earth Summit of 1992. This strategy, as detailed in Parts X and X-B below was/is to “sell” U.N. Agenda 21 (the plan to totally redesign the world’s political and economic structure under United Nations authority) by dressing it up in attractive green (environmental) and New Age ideologies.

On this website, I include Parts I through III as well as parts X and X-B of this extended series of investigative articles. Contents of each part are reflected in their titles. In Parts X-A and X-B, the following topics, among others, are explored:

Maurice Strong, the “Global Governance Agenda,” United Nations as “World Instrument,” the New Age Religion, Gaia worship, “The Spirit of Rio,” “new planetary consciousness,” Aspen Institute, Lindesfarne Foundation, United Religions Initiative (URI), Religious Syncretism, Shambala, the Avatar of Synthesis, channeling, The Great Invocation, the World Core Curriculum, the School of Ageless Wisdom, the Council of 12, Solar Logos, Lucis Trust, Arcane School, Goodwill, Triangles, Aquarian Age Community, The Altar of Everything, the “All-Seeing Eye,” Cooperation Circles, Wicca, etc. Unfortunately, it all seems to fit. The New World Order/One World Government under U.N. Agenda is to be accompanied by the One World Luciferian religion that is predicted in the Book of Revelation.

Based on my research for this series, I now have a cautionary admonition for people regarding the United Nations, the New Age movement, Gaia (earth) worship, “the Spirit of Rio,” “new planetary consciousness,” the United Religions Initiative, etc. etc.:

“Beware of false prophets, which come to you in sheep’s clothing, but inwardly they are ravening wolves.” (Matthew 7:15).