More and more it is becoming clear that those who support the so-called “New World Order” or World Government under the United Nations have adopted global environmentalism as a basis for the dissolution of independent nations and the international realignment of power.

Man-made global warming is a hoax that threatens our future and the future of our children. Environmentalism is the new communism and climate change is a myth.

– Vaclav Klaus, President of the Czech Republic and new leader of the European Union

When the search for truth is confused with political advocacy, the pursuit of knowledge is reduced to the quest for power.

Current lifestyles and consumption patterns of the affluent middle class- involving high meat intake, use of fossil fuels, appliances, air-conditioning, and sub-urban housing- are not sustainable….. Isn’t the only hope for the planet that the industrialized civilizations collapse? Isn’t it our responsibility to bring that about?

The recent global warming hysteria is in reality a geopolitical push by leading global elite circles to find a way to get the broader population to willingly accept drastic cuts in their living standards, something that were it demanded without clear reason by politicians, would spark strikes and protest. The UN’s latest IPCC report on Global Warming calls for diverting a huge 12% of global GDP to “prevent the harmful effects of climate change.” The UN report, for example, estimated that its recommendations to reduce certain manmade emissions would cost about $2,750 per family per year in the price of energy.

So where does the passion in support of the man-made global warming hoax originate? Freedom First Society believes that the best explanation for the widespread propaganda is that the “crisis” hoax supports an immense power grab. High-level internationalist insiders have selected the global warming scare as one pretext to help them drive forward their revolutionary “new world order.” In particular, they seek to persuade independent nations to submit to world government, cleverly controlled by an elite few from behind the scenes.

In short, the house of world order will have to be built from the bottom up rather than from the top down. An end run around national sovereignty, eroding it piece by piece, will accomplish much more than the old fashioned frontal assault…. One way to garner public support for new international treaties would be to propagandize world wide predicaments. If people are scared of terrorism, financial chaos or global warming, they will be willing to cede national sovereignty, freedom and liberties for global authority.

– Richard N. Garner, member of Council on Foreign Relations (CFR) and former Secretary of State, 1974, “The Hard Road to World Order,” published in Foreign Affairs, the journal of the CFR. 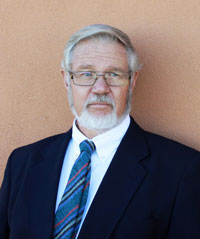 As an earth scientist and long-time outdoorsman, I have always considered myself an “environmentalist”. During the past couple decades, however, it has become obvious to many, including me, that today’s environmentalists and environmental advocacy groups know and care little to nothing about our environment. Rather, these ideologues are “watermelon” environmentalists; “green on the outside and red on the inside.”

The environmental/New Age/U.N. agenda to implement the New World Order was unveiled with much fanfare at the United Nations Rio Earth Summit in 1992. At that time, Maurice Strong, U.N. Secretary General of the UNCED Conference (UN Conference on Environment and Development), unveiled this radical new plan as “U.N. Agenda 21” (that is, “agenda for the 21st century”). This plan is today being secretly implemented in the U.S. and throughout the world under several names: Agenda 21, U.N. Agenda 2030 (or agenda to be implemented by the year 2030), “sustainable development,” “smart growth,” “comprehensive land use planning,” etc.

In a nutshell, the goal of U.N. Agenda 21 is to usher in global government under U.N. auspices and to radically reduce the human population by some 50 to 90%. Most of the 0.5 to 1.0 billion humans allowed to survive are slated to serve as slaves for the global elite. Who are the global elite? The identity of the global elite can be ascertained through their own writings and proclamations (see www.911nwo.com, “The Controllers” section).

Agenda 21 was adopted as “soft law” by 178 nations shortly after the 1992 Rio Earth Summit. Since that time, the U.S. and virtually all federal and many state and local agencies have been quietly implementing these globalist U.N. policies. It should be stressed that neither the U.S. Congress or American people were ever informed about Agenda 21 and they never had the chance to vote to approve this set of globalist policies. There is a reason for this. The import and impact of U.N. Agenda 21 is that the United Nations is to become the prototype World Government and the nations of the world, including the U.S. are to surrender their national sovereignties to this new global body. And yet today, some 24 years after the Bush I and Clinton administrations committed the U.S to implementing these policies, most Americans still have no idea what Agenda 21/Agenda 2030 is!

Who controls the United Nations? According to author and researcher, Joan Veon, who has reported on over 100 globalist conferences, all 53 of Britain’s former commonwealth colonies are obliged to vote with Britain in the U.N. Hence, Britain (and by extension, the “Anglo-American alliance”) controls the formulation and implementation of most U.N. policies. Thus, it should come as no surprise that the British government, and its propaganda arm, BBC News, have been among the chief promoters of the catastrophic, human-caused global warming hoax. As former British Prime Minister, Gordon Brown, stated: “Global problems call for global solutions.”

As detailed in my other major website, www.911nwo.com, Great Britain is also historically the world center of Freemasonry. The ultimate objective of Freemasonry is to “re-build” the Temple of Solomon on the Temple Mount in Jerusalem and usher in the long-sought Jewish utopia/universal empire/One World Government/One World Religion. Thus, the real “axis of evil” that works feverishly to implement this one-world utopian vision is Britain-U.S.-Israel. As per the original Bavarian Illuminati plan formulated by Jewish-Jesuit professor, Adam Weishaupt in 1776, implementation of this plan is to be accompanied by destruction of all nation states (except Israel), all religions (except Judeo-Masonic-Satanism), all monarchies, the family, and private property.

This plan to implement utopian World Government-Religion has deep historic roots that trace to the Old Testament, the Babylonian Talmud, and the Jewish Kabbalah. It is articulated in many documents, including those of the Bavarian (German) Illuminati, “The Communist Manifesto” (1948), written by German philosophers Karl Marx (Jewish Satanist) and Frederick Engels, and the “Protocols of the Learned Elders of Zion” (published in 1905 by Russian Sergei Nilus).

My own research (compiled in my www.911nwo.com website) indicates that this plan dovetails almost identically with the plan to usher in the “anti-Christ” outlined in the Bible and particularly, the Book of Revelation.

You certainly couldn’t make this stuff up!